You are here: Home / Blog / Let the Wee Dream Begin! 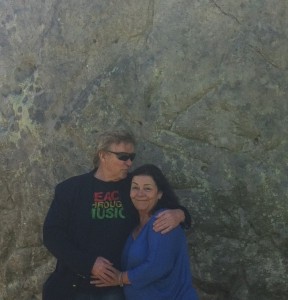 Peter & I at Avebury,the most ancient standing stones in the world.

Peter and myself have now been travelling in the UK for 7 amazing weeks, with at least half of this time spreading the wisdom of Min & Maitreya at festivals and public venues predominately within Scotland and this ancient land and its energies are powerful, palpable and sometimes confronting, but never disappointing.

Like everyone else on the planet many people here are experiencing a major crossroads within their lives and consciousness and many are at a loss on which way to leap, but what has struck me probably the most here is the Scotts ability to be very grounded and honest about their feelings.Their is a rawness within the Scottish land and its people that is most refreshing and inspiring and even though they are seeking direction just like ourselves,their humility combined with their infectious humour is tremendous.

And the deeper we travel into the northern highlands,the greater the sense I have of returning to my own original beginnings upon this planet and this has been confirmed in various ways through various souls.

On our first tour here in 2013 Min told me that Scotland was where I and many others originated from long before recorded history and this has also been confirmed on this trip with the blessing to be gifted with a book of very old documentation stating that the Egyptians settled in the northern Isles of Scotland,including the Isle of Orkney,where archeologists have now discovered pyramids dating back even earlier than those of Giza in Egypt.

So as many ancient and what can feel like unfamiliar energies unravel within each of us, let us try to relax and trust the processes that to be frank,I feel can now not be stopped. Let us ask daily for our ancestors,no matter where they may be anchored upon this planet, to assist us to remember our beginnings and to help us to restore and re-member all of our aspects and lives-including both the powerful and persecuted ones, so that we can finally experience this extraordinary Earth realm as whole and harmonious Beings.

We are ultimately all the same, on the same journey, but it is our differences of perception and attitude that can enrich and inspire us in a myriad of ways.

And as I sit writing this I am looking out over an emerald green and grey landscape in a region called The Black Isle of Scotland, where I can feel the living history of humanity in both the land and in my very bones.

My heart wishes to share these ‘soul awakening’ places with you and perhaps if the stars align, a bridge can be built between what feels to be these ‘sister lands’ of Scotland and Australia and a community of consciousness can be created and explored together.

So feel free to contact me with any ideas or inspiration you may have for tours etc between these two ancient lands and let the wee dream begin! 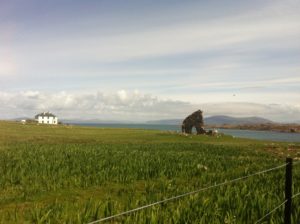 The Sacred Isle of Iona,Scotland

2020 is a year of emotional transformation, invocation of the Universal Feminine and a return to conscious community living. It's time for each of us to learn how to receive the grace and direct guidance of our own feeling body, so we may return to the empowered beings of love and inspiration that we have always been. … Read More...

Private Soul Sessions
• Discover your path, your purpose & your peace.

The Healing Retreat!
•Would you like to be part of an evolutionary, educational & supportive spiritual group?